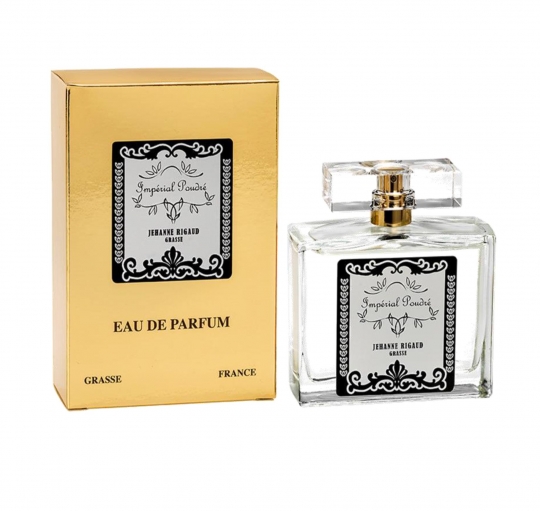 A captivating fragrance, where the powdery note from theiris flower blends with the soft and sweet aroma of Bourbon vanilla andheliotrope.

Between the 17th and 18th centuries, predominant aesthetic values and standards began to change.

The Baroque period subverted the “Angelised” notion of womanhood, and put forward a very different creature: a sassy, curvaceous and sensuous woman. The rococo woman was a graceful, delicate and flirtatious creature. Women wore corsets and bustiers to enhance their figure and theuse of talcum and perfume became mainstream. Clothes and jewels completed the ornate look of the upper classes. More than any other era, the 18th century brought the triumph of sumptuousness. Dames began using perfumes from an early age, and powdered their faces, cleavage, arms and hands.

Make up was meant to look unnatural and excess was celebrated, particularly when it came to face powder. This fine white powder gave dames an alabaster complexion: the goal was to achieve a ‘porcelain doll\u2019 look which was considered the essence of beauty at the time.

Undoubtedly, the scent of face powder was the fragrance hanging over castles and grand halls. Almondy and powdery notes attracted attention, and the sophisticated scent of this precious powder left a sillage of vanilla and heliotrope that became synonymous with great elegance.